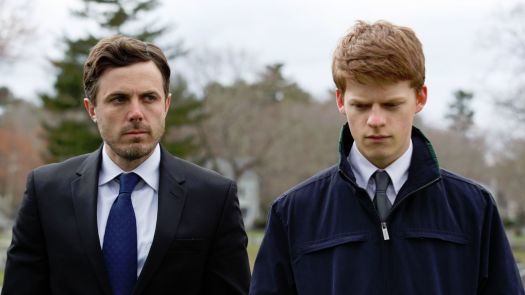 Last night I lay awake until midnight watching Manchester By The Sea, a wise choice of movie, poor choice in time. This film will stay with you just as it stayed with me until 3am.

Grief is an inevitable part of all of our lives and in Manchester By The Sea, protagonist Lee Chandler (Casey Affleck) is given his fair share of lost loves. We’re introduced to this character during his current state of mind, unaware of why he behaves the way that he does. He is impassive, closed off from the world and his rage leads him to bite and attack. It is curious to observe a character who is consumed by grief without being aware of their state – especially a man. For a portion of Manchester By The Sea the audience recognise that there is something bizarre and dismal about Lee – the darkness of his eyes and his slow cognitive responses within social situations give us a sense of unease, but nothing to prepare us for the final truth.

These contemporary shots are contrasted with frames filled with a charismatic and loving father, and husband to Randi Chandler (Michelle Williams). Affleck performs exceptionally to illustrate two utterly diverse stages in human life. He depicts a man at his emotionally highest and then shows us the same man when life has beaten his soul into the ground.

After the death of his brother, Lee finds himself back in Manchester, a small town by the sea, looking after his adolescent nephew, Patrick (Lucas Hedges), who has lost his father and is unsure of how to communicate this catastrophe. Lee battles to teach him how and why he should elevate his emotions as he hasn’t addressed his own – an unforgettable scene where Patrick is having a panic attack and Lee fails to aid him shows how withdrawn Lee is from human affection.

Male grief is frequently invisible and rarely encouraged to be addressed, accepted and spoken about in society. It is often dismissed and felt unwanted and both women and men find themselves in situations where they are hesitant with their response to male outbursts of despair and tears. The subject of male grief and mental health is seen as taboo and our culture has classified it as an uncomfortable occurrence that is unnecessary. Men are supposed to be the alpha males – strong, mentally stable and the leaders of our patriarchal society – there is no room to grieve or loose yourself during lifes unavoidable challenges. This is purely why films such as Manchester By The Sea are so important. They create a conversation about a subject that is foreign and ignored by many. Suicide is the biggest killer of men under the age of 45, this is fact. However, building art that depicts this will create a communication amongst people and hopefully result in a change.

An unforgettable scene between Lee and Randi explores how open Randi is to discussing their bereavement. She has a dying need to express herself, to mourn and cry and scream but Lee is unresponsive. You can see the agony begin in his eyes and flow through his body as Randi is pecking away at him, trying to draw some form of emotion out.

Manchester By The Sea has been nominated for an Oscar for Best Picture, Best Director, Best Actor, Best Supporting Actress and Best Original Screenplay. 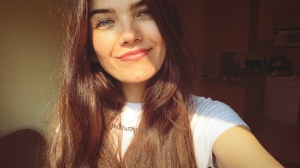